The border crossing by train from Russia to Mongolia was every bit as bureaucratic as we expected and hoped it would be.

The procedure ran exactly as scheduled, but in 8 hours and 12 minutes, we had our passports checked by immigration 3 times, explained the contents of the bike boxes to customs officials 4 times, had our compartment searched by sniffer dogs twice, spent several hours waiting on station platforms, watched our carriages get shunted away and mysteriously return 90 minutes later, twice handed over our passports to the carriage attendants for long periods of time, moved 12km, and were allowed to use the toilets for 10 minutes.

Stephanie promised never again to complain about the queue for immigration at Heathrow. 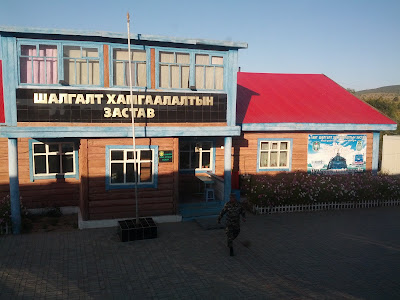 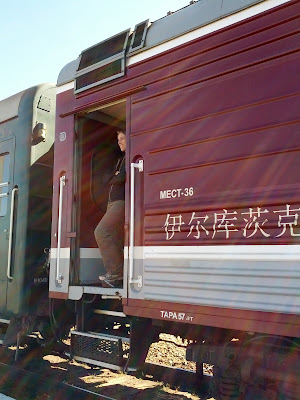