Today we took a day off from riding to visit Labrang monastery in Xiahe, one of the six primary monasteries of the 'Yellow Hat' sect of Tibetan Buddhism. We were shown around by a smily young monk just started on a 25 year course on Buddhist philosophy there.

We found the monastery a rather contradictory place. On one hand, it's a working monastery for 1200 monks, but on the other, it's a destination for hordes of camera-wielding (mostly Chinese) tourists and throngs of Tibetan pilgrims. The monks themselves seemed contradictory too, wandering around the town's shops and catching buses in their flowing red robes. Plus it seems that modern monks' robes are fitted with internal cell phone pockets, something they made use of continually. 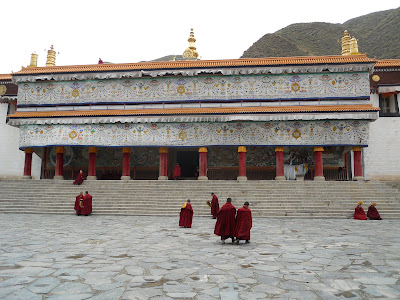 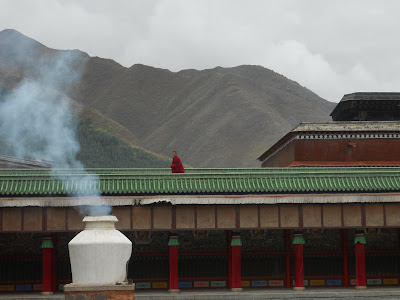 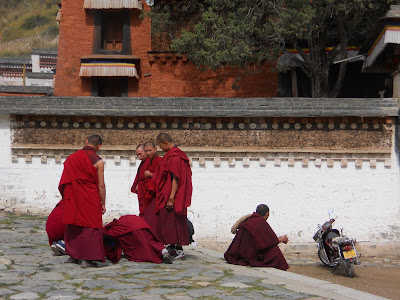