Today we continued south through hilly Sichuan Province. One problem with negotiating a country of this size (particularly with our rather poor maps) is that what appear to be relatively minor features can turn out to be rather large. We spent much of the day following another river downhill, but a climb over some unnamed hills ended up involving 1750m of ascent.

As ever, our minor road was accompanied by a monstrous shiny new motorway. At times it looked like a huge rollercoaster twisting through the hills, and seemed particularly out of place against the ramshackle buildings and run-down villages on the old road. 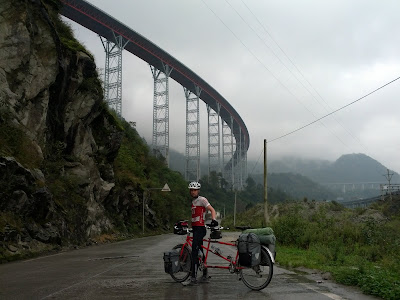 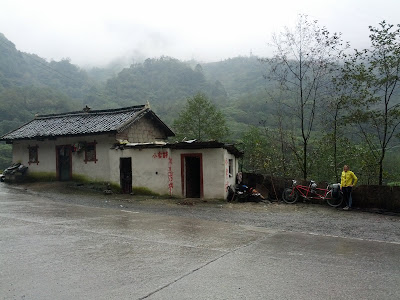